Joint exhibition of the Fraunhofer Society and SZTAKI opened in Stuttgart

Date:
2022.06.30.
Lead text:
On June 29, 2022, the joint exhibition of the Fraunhofer Society and SZTAKI was opened at the Stuttgart Science Festival.
Full text:

A short film about the collaboration between the two institutes, which started in 2002, was shown at the opening ceremony, and participants were also presented scientific demonstrations by Fraunhofer IPA and SZTAKI. SZTAKI will be present with a drawing robot called Piktor-o-bot, a machine vision-focused demonstration called Sim2real, and 3D printed small robots that can be controlled by mobile phones, which will be on display until Friday afternoon 1 July on the first floor of Stuttgart's city hall.

On the first day, in addition to the demos mentioned above, three workshops on robotics, machine vision and artificial intelligence were also held – these will be repeated on the 30th by SZTAKI researchers. The demonstrations were also attended by Bundesstag member Anna Christmann. In the late afternoon, Marco Huber, Head of Center for Cyber-Coginitive Intelligence of Fraunhofer IPA and József Váncza, Head of the Research Laboratory on Engineering & Management Intelligence of SZTAKI, gave keynote presentations.

The photo galery of the first day can be seen on the institute's Facebook page by clicking here. 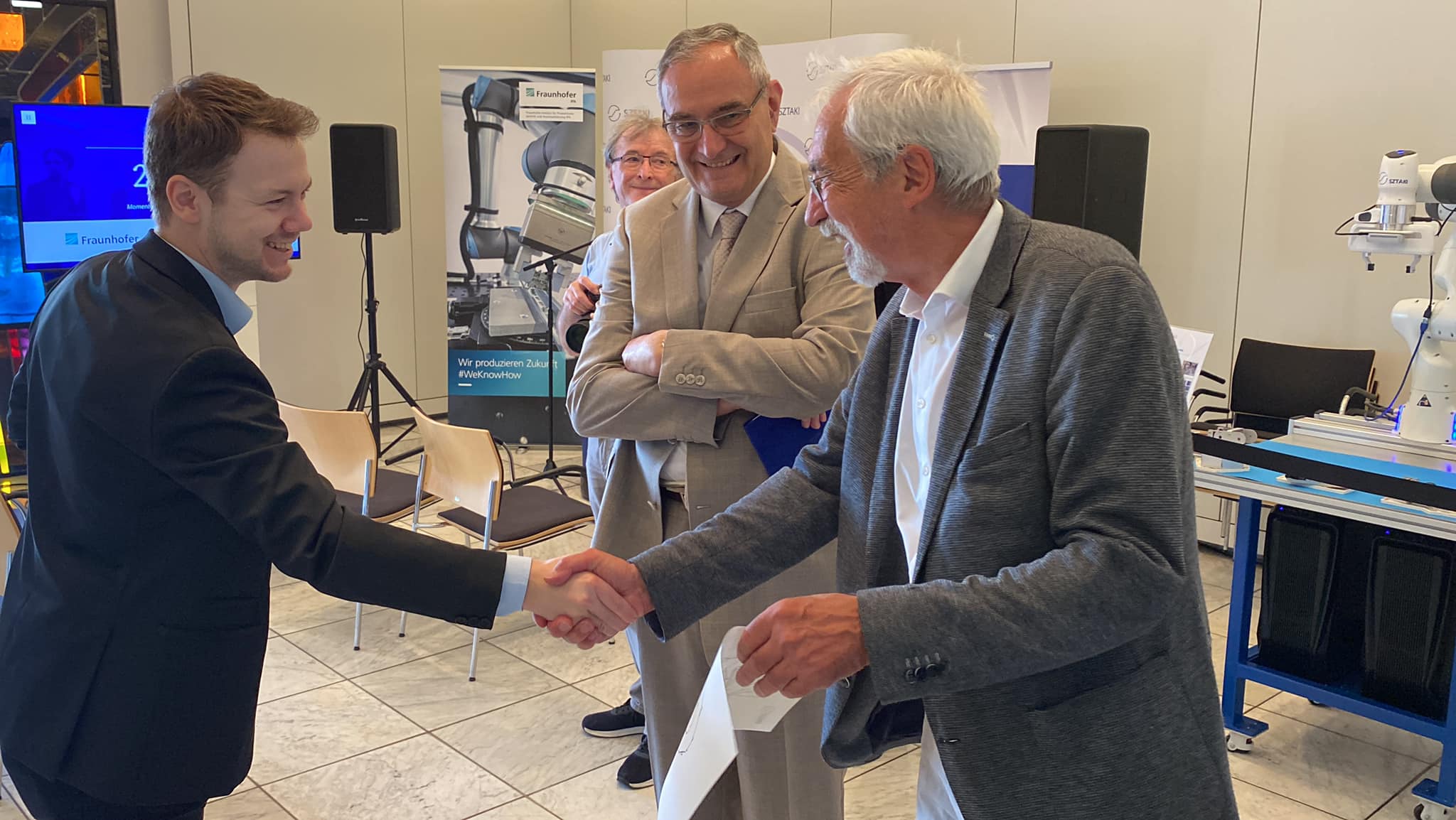 On 22 July, the NKFIH is organising an Office Information Day to present the Horizon Europe Widening participation calls for proposals, with a presentation by a member of the NKFIH staff.
2022.07.13.
First face-to-face meeting of the ELKH International Coordination Task Force since the pandemic

SZTAKI was represented in the Working Group by Elisabeth Ilie-Zudor, Senior Research Fellow and EPIC Teaming project coordinator at the institute.
2022.07.08.
Successful joint exhibition of Fraunhofer IPA and SZTAKI in Stuttgart - video

As one of the main highlights of the Stuttgart Science Festival, a joint exhibition of SZTAKI and the German Fraunhofer IPA was opened by András Izsák, Consul General of Stuttgart.
2022.07.06.